BBSL was founded in 2009, its mission being to assist its corporate and institutional investor clients maximize shareholders value and investor returns respectively in a consistent and sustainable manner by providing conflict free and client focused advice matched with unparalleled execution 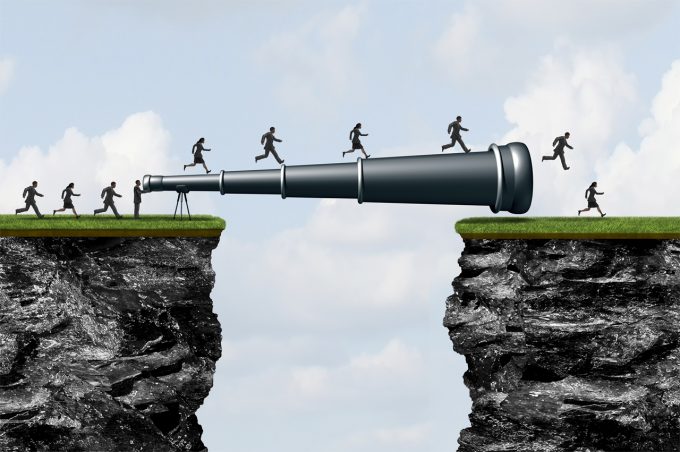 Provide clients with independent, impartial, proactive, novel, sound, informed and integrated advice and perspective on the challenges which they face by:

Researching extensively; thinking about, analyzing and reviewing issues in a multi-dimensional manner; connecting disparate information constructively; and not being afraid to be contrarian

Focusing on building long-term relationships based on trust and discretion, and not on “deals” for the sake of doing “deals” to generate a fee

Helping our clients identify and pursue strategic priorities and opportunities

To date, BBSL’s clients* include leading international private equity companies such as:

* Client implies that a mandate letter was signed

Major Greek companies such as:

Coco-Mat “Sleep on Nature” is the largest natural mattress company in the world with over 100 stores in 18 countries. The founding family wished to free capital and diversify their holdings and for this purpose it hired BBSL to advise it on the sale of a strategic stake in the company.

• Prepared the company for the sale of a strategic stake:
– Split company into two separate companies: the operating company consisting of the factory/production and the commercial business of Coco-Mat (brand name, retail and wholesale sales etc.) and the other consisting of the significant portfolio of retail real estate assets which the company owned.
– Advised owners on the re-organization of the operating company from a family managed company into a “public” one organized into divisions with clearly defined responsibilities and reporting lines.
– Drafted a 5-year business plan of the operating company to present to potential investors.

• Executed the sale of 50% of the operating company to a blue-chip investor – the Libra Group (sum undisclosed)
– Researched the market and drafted a list of potential international investors
– Approached the investors on a confidential basis
– Lead negotiations with selected investor, drafted joint venture agreement and executed the investment.

It is notable that the sale of the stake was undertaken with the fact becoming public information only after the investment was completed, when it was announced officially by the relevant parties.

• Implemented follow-up actions for the company
– Led and executed the acquisition of 50% of the company’s nascent US subsidiary company which was owned by the company’s US partner
– Planned and executed the development of the company’s business in the US: opening 4 stores including a showroom at the Las Vegas Furniture Market; organized and supervised the business including the establishment of a perpetual inventory system
– Initiated and oversaw the SEO (search engine optimization) and SEM (search engine marketing) actions for the company
– Established Coco-Mat’s global collaboration with Natuzzi Italia, one of the world’s leading furniture companies: from meeting with Mr. Natuzzi and orchestrating discussions, to creating the concept as to how to win the mandate, overseeing and managing the bid process, negotiating and organizing the whole collaboration (including processes), signing agreement etc.
– Initiated and established Coco-Mat’s collaboration with Equinox Hotels in the US, which is a sister company of Equinox Fitness and is owned by L Catterton and the Related Companies Group: establishing relationship and commencing discussions with the CEO, reviewing and refining the hotel pricing structure of Coco-Mat which had not been reviewed for the last 8 years, negotiating, establishing basis of collaboration, signing agreement etc.
– Established the company’s retail store distribution network in Paris and in Cyprus.

• Other
– Marios Sophroniou for 5 years was the Vice Chairman of the company as also the President of the company’s fully owned US subsidiary.
– Established the owners’ other company which owned the retail real estate assets into a Real Estate Investment Trust company and had this company approved and registered as such by the Hellenic Capital Markets Commission.

OPAP is the leading lottery company in Greece and one of the most renowned in its industry worldwide. OPAP appointed BBSL to advice it on appraising a potential investment in Altala Group Ltd (UK), a newly established lottery company whose mission was to establish and manage The Health Lottery on behalf of 31 Community Interest Companies (CICs) in the UK.

Actions undertaken as adviser to OPAP:

• Evaluated the business plan of Altala Group and undertook a SWOT analysis, liaising with JP Morgan, Altala Group’s advisors as well as the company itself

BBSL advised OPAP against an investment in Altala Group due to a variety of reasons which it outlined in its report, an advice which OPAP’s Board of Directors followed.

Altala Group was liquidated 2 years after BBSL’s recommendation against the investment.

Actions undertaken for the Bank of Cyprus:

• Worked with the Athens and Cyprus Stock Exchanges, in which the stock would be traded simultaneously, on how this would undertaken as also how the stock transactions would be processed and settled

•In addition to organizing the necessary road show for the Bank, held one-to-one meetings with institutional investors and banking analysts to educated them fully on the operations and strategy of the Bank and merits of its investment story

• Advised the Board of the Bank on the timing of the listing and capital increase, and executed the action

The listing of the Bank was over-subscribed several times, aftermarket performance was consistently strong and throughout the period of the bank’s dual listing, there were never any price-differential, settlement etc. issues.

Ahold Delhaize Group is one of the biggest supermarket groups in the world. As part of its strategy was to expand its operations across Europe, Marios Sophroniou through his knowledge of the Greek market and being aware of the fact that the founder and CEO of AB Vassilopoulos Supermarket, at the time the biggest supermarket in Greece, had no viable heir apparent to assume the reins of the company, initiated discussions between the two parties.

• Liaised with the company

• Developed a general strategy for accomplishing the acquisition; including the structuring of the terms and conditions of the acquisition and coordinating its advice with that of legal, tax and other advisers

AB Vassilopoulos remains a key subsidiary of the Ahold Delhaize Group; with a network of 500 stores across Greece generating €2 billion in revenues.

BBSL was founded by Marios Sophroniou who has over 30 years experience as an investment banker and investor. His experience prior to establishing BBSL includes being:

• Investment Director at First New York Securities hedge fund in New York, where he was responsible for analysing and reviewing investments in the industrial and financial sectors (7 years)

• Adviser to the Chairman and CEO of Bank of Cyprus Group (Greece’s 3rd largest banking group at the time) as also the founder and Managing Director of the bank’s Investment Banking Division in Greece which incorporated the corporate finance, stockbroking and asset management activities of the bank (4 years)

- Managed the first international IPO of a Greek company: Hellenic Bottling Company (3rd biggest Coca-Cola bottler in the world)
- Initiated and advised on the first acquisition of a listed Greek company by a foreign company: Delhaize’s acquisition of AB Vassilopoulos (the largest supermarket in Greece)
- Launched the first investment trust company on the Athens Stock Exchange: Greek Progress Investment Trust
- Managed the first rights issue by a Greek company to be placed with foreign institutional investors: Alpha Credit Bank (one of the 3 largest banks in Greece)
- Supported the establishment of the first venture capital fund in Greece: Baring Hellenic Ventures

Marios knows many of the leaders in the financial, corporate, legislative, supervisory, legal and accounting community in Greece; and internationally he has developed an extensive network of important contacts in the investment and corporate community in the US, Europe, Middle East and Asia.

He is on the board of several companies in Greece.

Incorporation Information and Registered Office:
Registered in the Republic of Cyprus on 3rd August 2009 Company registration number HE 253231
VAT Number: 10253231B

Any cookies that may not be particularly necessary for the website to function and is used specifically to collect user personal data via analytics, ads, other embedded contents are termed as non-necessary cookies. It is mandatory to procure user consent prior to running these cookies on your website.